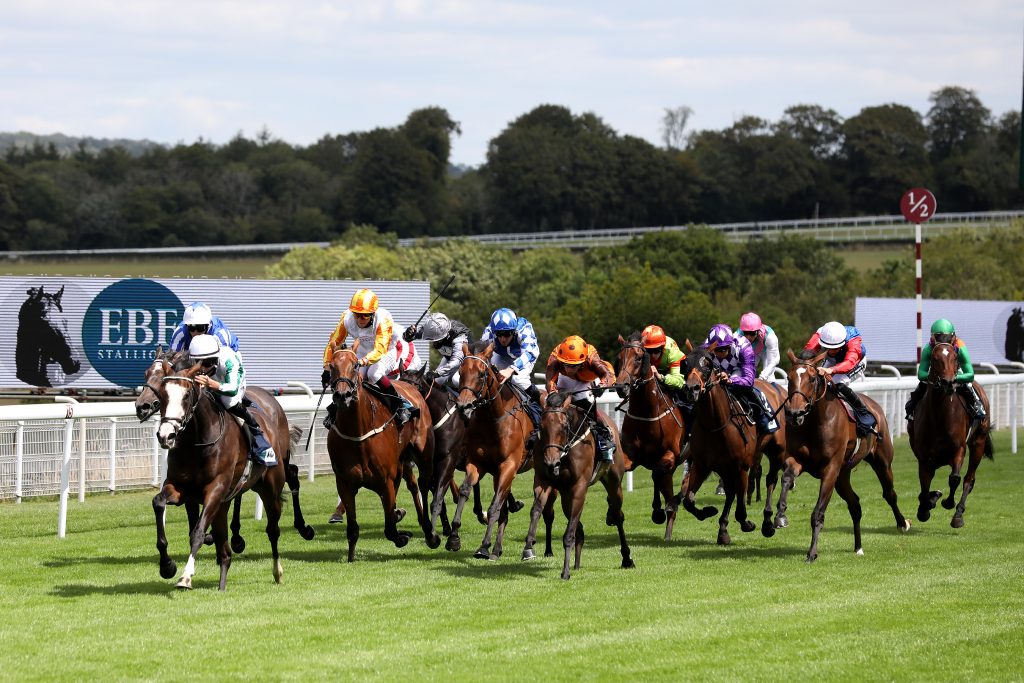 The first race of the Qatar Goodwood Festival in 2020, the British European Breeders Fund EBF Fillies’ Handicap over a mile, went the way of 11/2 chance Tomorrow’s Dream (William Haggas/Tom Marquand).

After tracking the leaders, the three-year-old daughter of Oasis Dream began to make stealthy headway quarter of a mile from home and went to the front entering the final furlong. She never looked in any danger thereafter, coming home a length and a half to the good of 9/4 favourite Angel Power (Roger Varian/Silvestre De Sousa).

Tom Marquand, celebrating his 50th winner of the season, said: “I am really impressed with Tomorrow’s Dream. I won on her two runs ago at Chepstow and she really didn’t handle the track at all and took a long time to get going, but she hit the line very hard.

“She was probably caught up in a little bit of a tactical affair at Newbury – she had to come out round them – and I think it just halted that little bit of momentum she had. The winner won pretty convincingly in the end there, but she ran a really nice race.

“We didn’t go that hard there today; I got landed in a nice pitch from an easy draw [stall 5], and to be fair she showed a really good turn of foot, because we weren’t going that quick.

“At this time of year, the weight you are getting for being on the three-year-olds – it’s a pretty big help, but she’s clearly done well for the winter and is a nice filly to go forward with.

“It is a massive week. Goodwood has always been a big part of the season; being an apprentice at Richard Hannon’s, it was always a main focus, and to win the first race on such a big week is fantastic and hopefully gets the ball rolling for the rest of the week.”