Team Johnston off the mark with Maydanny 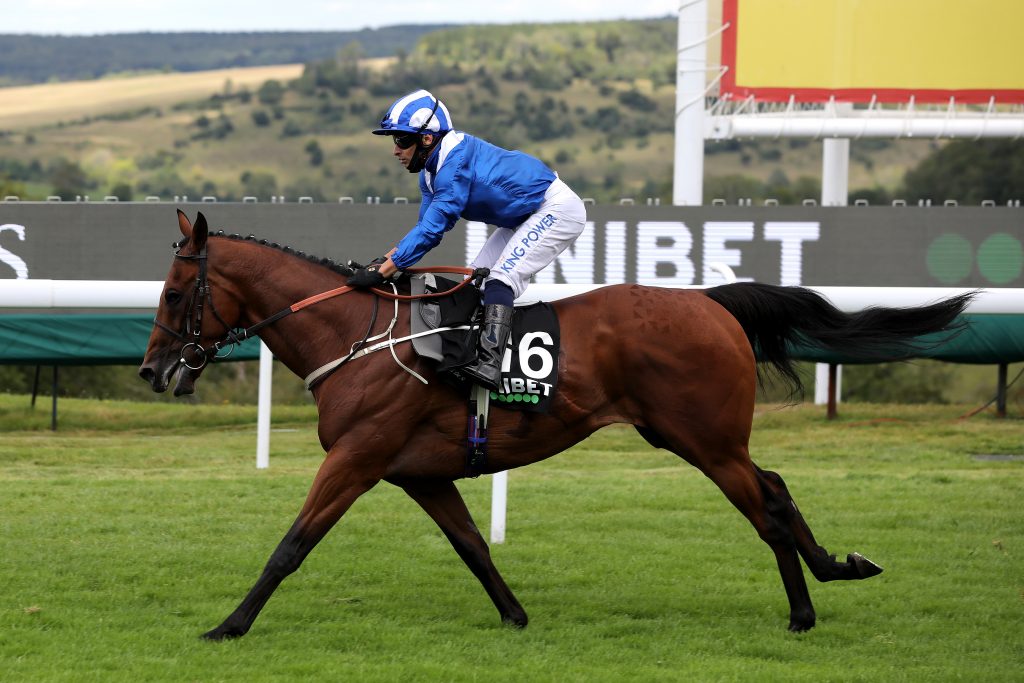 Trainer Mark Johnston is the most successful current handler at the Qatar Goodwood Festival and Maydanny (Silvestre De Sousa, 5/1 favourite) was his 85th winner at the five-day meeting when a decisive winner of the 10-furlong Unibet You’re On Handicap.

The four-year-old Dubawi gelding, out of Johnston’s five-time G1 winner Attraction, took the lead in the first furlong and was not for passing. Entering the final quarter mile, he found more and went on to win by five lengths. For good measure, Johnston also trained the runner-up Sky Defender (Joe Fanning) with just a nose back to the third Bell Rock (Andrew Balding/Oisin Murphy).

Mark Johnston said: “It’s always nice to get off to a quick start and even better with a 1-2. Obviously, Maydanny was very disappointing last time when we were expecting a big run at Newmarket. This was really just a bounce back to form.

“It is one little step at a time because the Yarmouth race was very impressive and then we worried if he was flattered there after the Newmarket race. We will go home and think about it. We are not rushing things with him, but it is great to see him run right up back to that Yarmouth form.”

Charlie Johnston, assistant trainer to his father, said: “Maydanny has always been a horse we have held in high regard because of his pedigree at least. He did not fulfil that as an early two and three-year-old. A lot of that was due to his temperament.

“He was quite difficult in his early years and he was gelded in the winter of last year which made a big difference to the horse. He obviously came out and won at Yarmouth, ran well on the wrong side of the track at Royal Ascot, and we left Newmarket scratching our heads as we didn’t know why he ran such a bad race. The ground was possibly the issue as it was a day when there was a lot of heavy rain and it was quite soft.

“Back on better ground and with a positive ride over this trip, he proved he was well-handicapped.

“It was also a fantastic effort from Sky Defender. We were quite insulted by his price. He won on Derby day in a very similar race only the time before last. He finished down the field in the John Smith’s Cup, but he had an awful draw and had to use up a lot of horse in the early stages to get over. We knew he was the type of horse to figure in this race, but he just bumped into a well handicapped horse and luckily it was ours.”

Silvestre De Sousa added: “It was very straightforward, and he carried a nice weight as well, 8st 6lb. Maydanny is a typical Mark Johnston horse; not complicated, fit and well, and loved the ground. I just had to do the weight and sit on him.

“He enjoys that trip; we didn’t go mad, just a nice even gallop, and he responded to every question. He came down the hill nicely, and when we hit three out and I asked him to lengthen, he went on really nicely. When I got to three still on the bridle, I thought, ‘I don’t think they are going to pass me.’ He delivered nicely and is a well-bred horse, and deserved to be on a big stage. I thought, coming here, that he was probably well in for this race. He didn’t put a foot wrong today.”