Man on mark in Gusbourne Nursery 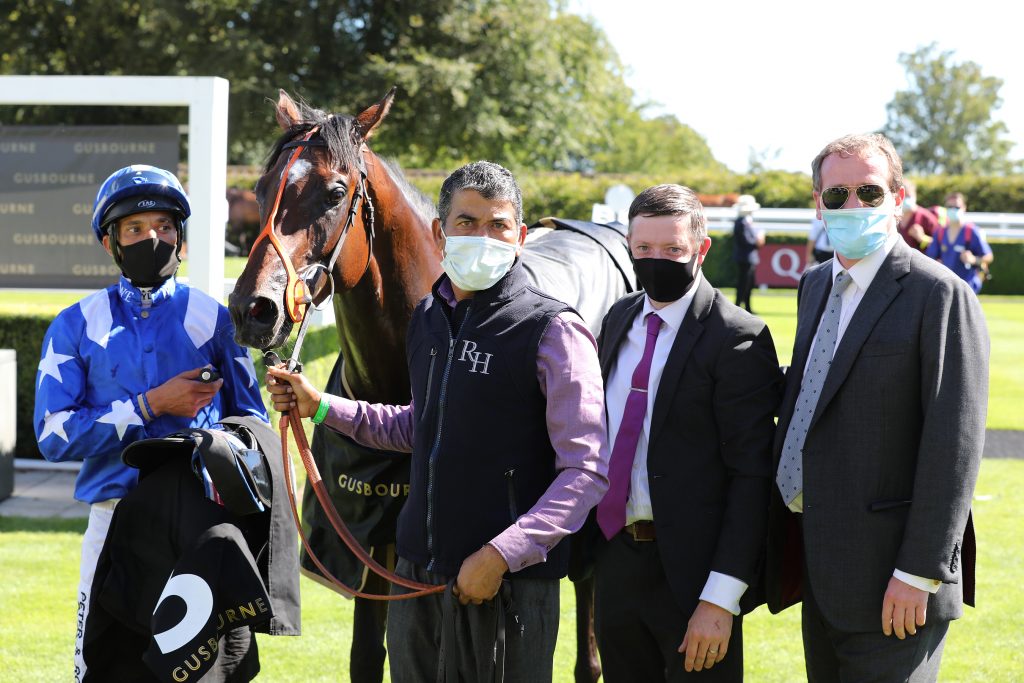 Mark Of The Man (Richard Hannon/Sean Levey, 12/1) was the convincing winner of the seven-furlong Gusbourne Nursery. Trainer Richard Hannon and jockey Sean Levey teamed up in this race three years ago, when scoring with subsequent 66/1 1,000 Guineas heroine Billesdon Brook.

The winner was asked to deliver a challenge two furlongs out, but it was not until inside the final half-furlong that he got his head in front. He was doing his best work at the finish and scored by two lengths.

Richard Hannon said: “Mark Of The Man has improved with every run. I thought he looked pretty limited and quite slow on his first run but, like most of ours this year, he has improved with every run. I loved his last run at Chepstow, when he beat one of Her Majesty’s, and I thought that was a good performance as they were a fair way clear of the third. Today, he got the trip and had plenty of experience. He is a very nice horse moving forward and might even be better off over a mile.

“Billesdon Brook won this for us, so he might win the Derby! He might have more chance in the Derby than I thought Billesdon Brook had in the Guineas. It is lovely for Christopher Powell and his family, who haven’t had the greatest time lately. They have always loved their racing and have been very good to me. Mrs Powell sadly died not long ago, and they loved Goodwood. She was a lovely woman, a great supporter of mine and her family would be delighted with this – it is a shame they can’t be here.”

Sean Levey said: “They went a good gallop early. I had it in mind that I wanted to sit as handy as I could because I believe that the horse is going to get a lot further than seven – I think he will be a middle-distance horse as a three-year-old. I tried to sit as handy as I could but, inevitably, I had to give my position up to the Johnston horse. I didn’t want to take him on for the position, so I took a pull and followed and immediately regretted it because I knew that it would take me an awful long time to get my horse going.

“I had in mind that the slip-rail was there, but I wasn’t quick enough to go down that way. I was lucky enough that we went a good gallop and, when we got to the two-pole, there wasn’t anything from the back really getting into the race. It gave me the opportunity to get him to the outside and get him running. It looked as though he made heavy weather of it, but I think he ultimately won by a long way, so you would be happy enough.

“He handles quick ground no problem. I don’t think he wants soft ground but there is obviously a lot of stamina in him, so I think he will go on softer ground better than most horses would.”