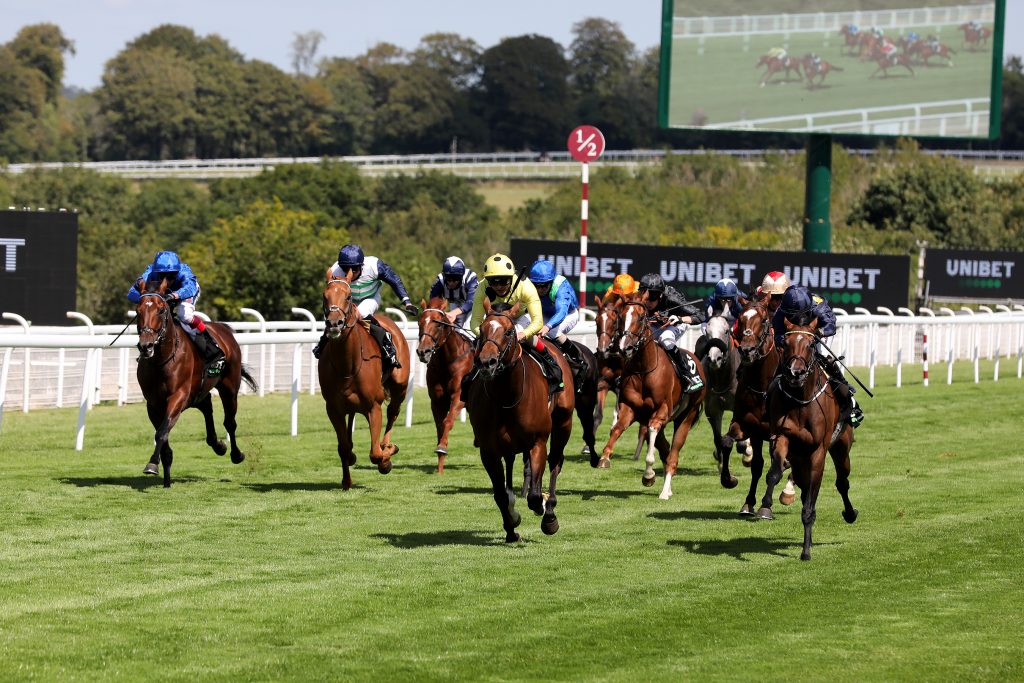 Mambo Nights (Richard Hannon/Andrea Atzeni, 9/1) made it three wins from as many starts this season with victory in the Unibet 3 Boosts A Day Handicap, staged over a mile and a half for three-year-olds.

The Havana Gold colt lead approaching the final furlong and kept on well to hold off the late challenge of A Star Above (William Haggas/Hollie Doyle, 13/2) by a neck.

Winning jockey Andrea Atzeni said: “Mambo Nights is a big, raw horse. He won quite nicely at Ripon the last day and he had some very good two-year-old form. He has obviously grown a lot between two and three.

“Today, he jumped fine and was a little bit keen early on. We didn’t go much of a gallop, but from halfway he relaxed nicely and moved up lovely.

“He took it up two furlongs down and he is a big horse who is still learning. When Hollie Doyle came up on the inside, he was always doing enough to win the race and it worked out nicely.

“Mambo Nights is a work in progress and Richard has done a great job with him by taking it step by step from now on. I think he will be even better as a four-year-old.”

It was a poignant success for Atzeni and owner Sheikh Mohammed Obaid Al Maktoum following the sad passing of 2019 G1 Coronation Cup hero Defoe, trained by Roger Varian, following an injury on the Newmarket gallops this morning.

Paying tribute to Defoe, Atzeni remarked: “It was very sad news. Losing any horse is sad, but Defoe is really close to us and the team at Roger Varian’s, and obviously Sheikh Mohammed Obaid who bred the horse and obviously knew him as a foal.

“I remember flying to Ffos Las to ride him first time out in his maiden. He was a horse who gave us a lot of great days. He won a Coronation Cup, the Hardwicke last year and he ran well in Dubai. He has been very close to our heart. I was actually hoping one day I could have him in the paddocks at my house so I could look after him in his older days, but it wasn’t meant to be. It is what it is – it’s just very sad news.”