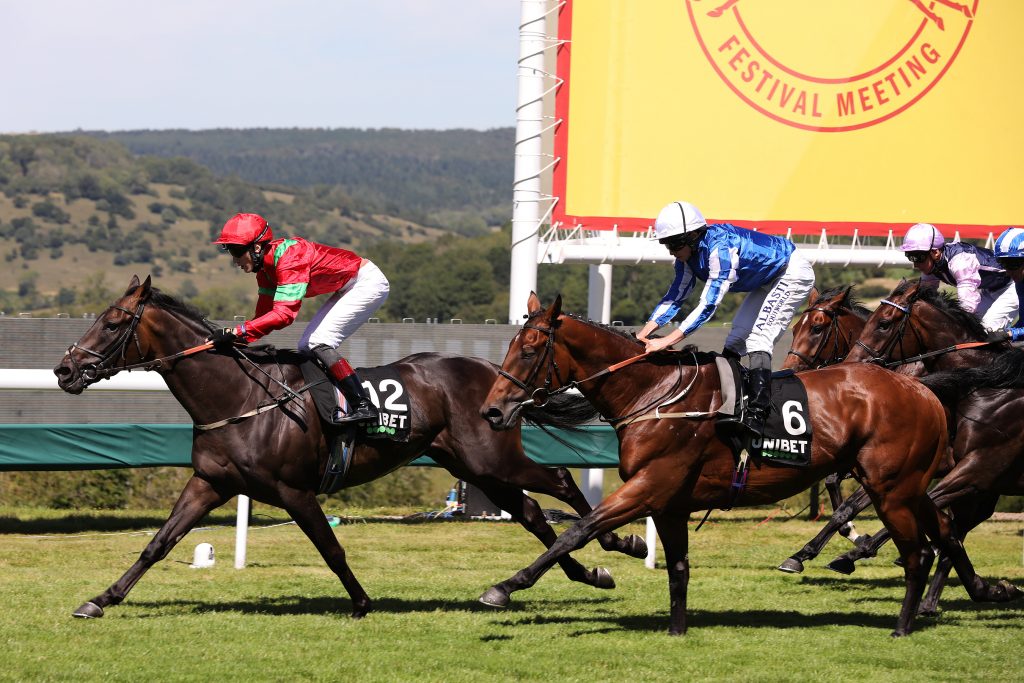 Junkanoo (Gary Moore/David Egan) was the only maiden among the 12 runners in the Unibet You’re On Handicap – and a 50/1 outsider – but there was no fluke about his success in the 10-furlong contest for three-year-olds.

The Epaulette gelding looked like he was going to be short of room entering the final two furlongs but a gap appeared entering the final furlong and he went on to win by three-quarters of a length from Zabeel Champion (Mark Johnston/Ryan Moore, 7/2).

Moore, who is based in Lower Beeding, said: “I wasn’t completely surprised by that success. It has not always gone right for Junkanoo this year.

“I would have been slightly more confident had he raced here Tuesday when there was slightly more cut in the ground. It wasn’t the cleverest thing to do, running him 3lb out of the handicap, but this race was suitable for the horse and the owners are very local.

“I love Glorious Goodwood – it’s one of the best meetings on the Flat as far as I am concerned and it’s just disappointing it’s not its usual self.

“David Egan is a very good rider. He is as cool as a cucumber. He half missed the start and then he just rode Junkanoo patiently. That wasn’t how I asked him to ride it, but he knows better than me.”

David Egan said: “Gary was pleased with Junkanoo’s last run; he thought that the drop back in trip would definitely help him. He wasn’t too sure about this quick ground – he said he would definitely rather more ease in the ground. He just left it to me. He took a good jump but got squeezed early on the race and I just had to take back and get on the rail and ride him for luck, but with the cut rail today it really helped me just get the gaps when I needed to, and he quickened away nicely.

“I thought they went a pretty decent gallop, and just being able to hold on to him and save a bit for the end meant he could show that spurt in the final furlong. The fresh ground that has been opened up for today is where you want to be; we have been racing on that outer strip for the past two days and it is lovely quick ground up the inside. I was able to stay there, and just had to switch out once. Great winner.”