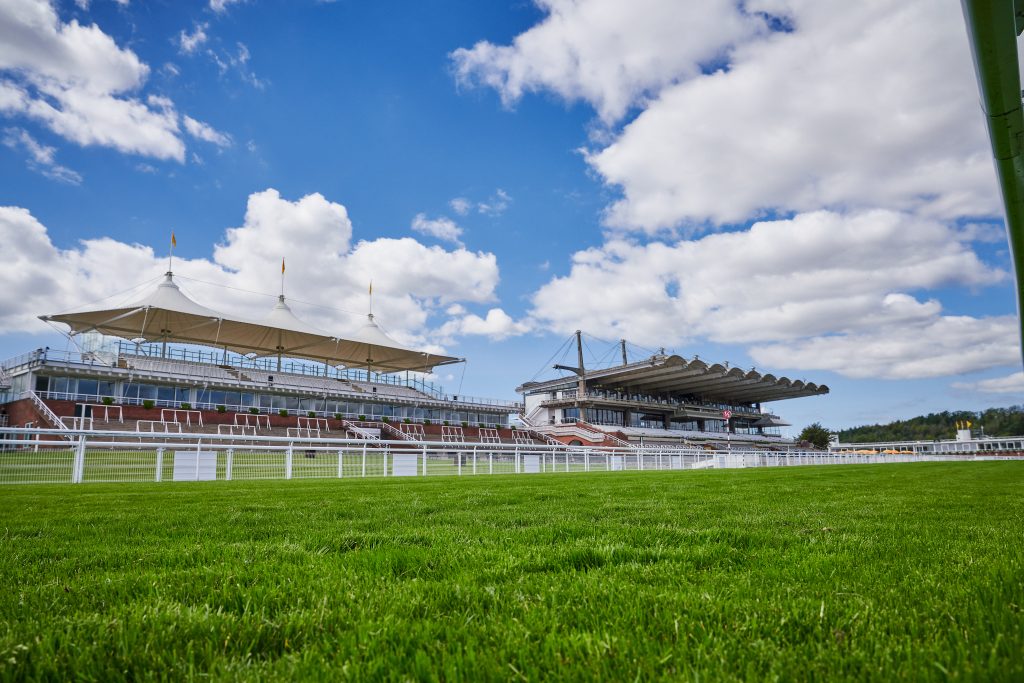 Speaking at the conclusion of day two of the Qatar Goodwood Festival, Goodwood’s Clerk of the Course Ed Arkell said: “The ground was lovely good ground today; it had just dried back a little bit overnight. Everybody seemed very happy, and we will leave the going description the same [Good all over] this evening.

“The weather forecast is for much of the same tomorrow, possibly a little bit warmer. We will be taking down the false rail on the straight from the winning post up to approximately the three-furlong marker.

“It was an amazing renewal of the G1 Qatar Sussex Stakes, and it was wonderful to see Marcus Tregoning back at Group One level again. It was a great race, and the good, exciting and interesting thing about it was that it actually lived up to its hype, because so often those races when they get over-hyped like that don’t live up to it, and it really was a great race.”

Permission was given for NKOSIKAZI to wear a red hood to the start; GHAZIYAH wore earplugs which were removed at the start. Approximately 2 furlongs out, BE MORE, placed fifth, went for a legitimate gap up the rail at the same time as NKOSIKAZI, unplaced, edged slightly right-handed, causing the rider of LAKE LUCERNE (USA), unplaced, to take a check, but after viewing a recording of the incident it was found that no riding offence was involved and that it had not improved the placing of BE MORE.

Permission was given for DAMAGE CONTROL and SOUND OF CANNONS to go early to post and A STAR ABOVE to wear a red hood to the start. GLENTIES (USA) had to be resaddled before going down to post which caused a delay to the start of this race. Luke Morris, the rider of CARLOS FELIX (IRE), unplaced, was suspended for 2 days (August 12 & 13) for using his whip

with his arm above shoulder height from approaching 1½ furlongs out. The performance of GLENTIES (USA), which started favourite and finished last of the ten runners, beaten by 10¼ lengths, was considered. The representative of Mark Johnston could offer no explanation for the colt’s performance. Following the race, Thomas Greatrex reported that WIN O’CLOCK, unplaced, ran too freely and Hollie Doyle reported that A STAR ABOVE, placed second, hung left-handed under pressure.

Permission was given for WINGS OF A DOVE (IRE) to wear a hood in the Parade Ring only, ARMY OF INDIA (IRE) to be mounted in the chute and NIGHT ON EARTH (IRE) and SIGNIFICANTLY to wear red hoods to the start.

Approximately 2 furlongs out, WICHITA (IRE), placed fifth, edged slightly right-handed before being quickly corrected by its rider, momentarily crowding the winner, MOHAATHER, who was at the time behind runners, but after viewing a recording of the incident it was found that no riding offence was involved. Shortly thereafter, the rider of the winner, MOHAATHER, was forced to switch left-handed off the heels of a retreating VATICAN CITY (IRE), unplaced, in order to obtain a clear run. Following the race, William Buick reported that VATICAN CITY (IRE), unplaced, was struck into; the Veterinary Officer reported that a post-race examination revealed the colt had an irregular heartbeat and lost its right-hind shoe and finished lame on its right-hind. Oisin Murphy reported that KAMEKO (USA), placed fourth, was denied a clear run shortly before the winning line.

Permission was given for PELEKAI to go early to post and be mounted in the chute and SPRIGHT to wear a red hood to the start; PELEKAI wore earplugs which were removed at the start.

Richard Hannon, the trainer of MAGICAL WISH (IRE), had obtained prior permission from the BHA to run the gelding with no hind shoes. Permission was given for BOARDMAN to go early to post and VERBOTEN (IRE) to wear a red hood to the start. Following the race, Charles Bishop reported that BOARDMAN, unplaced, ran too freely in the first-time blinkers, before ducking right-handed away from MOTTRIB (IRE), placed third, approximately 1½ furlongs out and subsequently becoming unbalanced between runners, resulting in interference to ARIGATO, unplaced. Josephine Gordon reported that ARIGATO, which started second favourite and finished unplaced, was further denied a clear run at the 1 furlong marker.