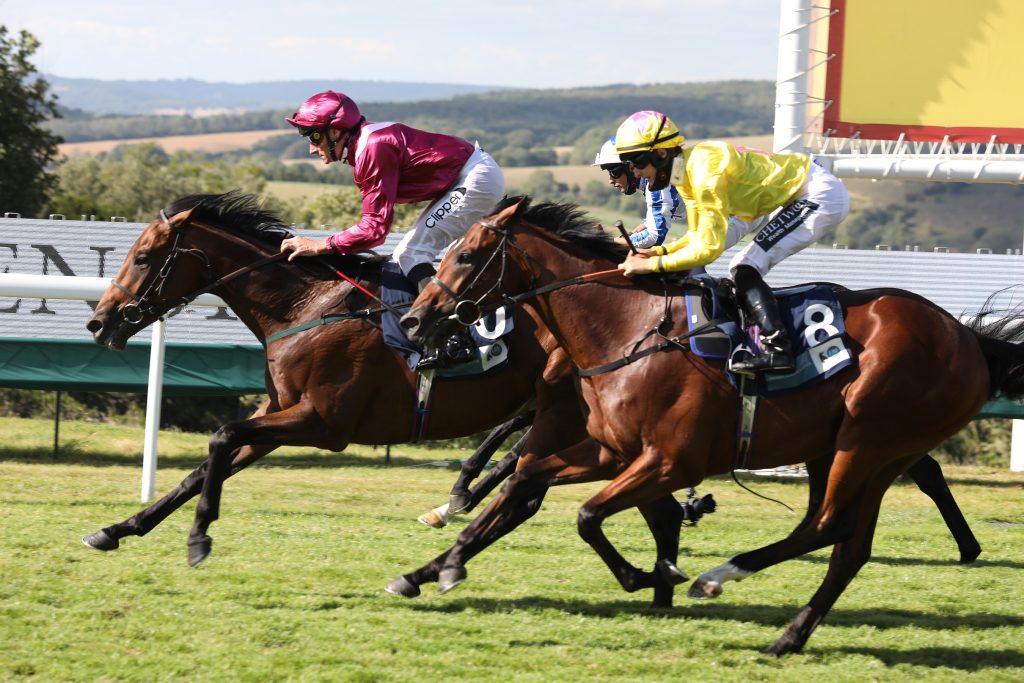 The two-year-old Belardo colt had finished fourth on debut at Haydock on 18 July and showed the benefit of that experience as he ran on well in the final furlong to score by half a length from 66/1 chance Raging Rascal (Tom Ward/Harry Bentley).

Tudhope, successful earlier in the afternoon on Summerghand in the Unibet Stewards’ Cup, said: “It was a nice performance from Titan Rock.

“He travelled into the race really well and picked up nicely – he felt like a nice horse to me.

“He is still a nervous horse who is improving, but he is going to get better.

“Whatever Titan Rock does at the moment is a bonus.”

Trainer John Quinn said: “Titan Rock ran really well at Haydock; he didn’t blow the start, he just went back on his bum when the gates opened and they were gone, and the ground was soft and I think he handled it, but I think he preferred better ground. He is a horse we like.

“He was eligible for the Book One bonus here, so that is massive, and that was on today’s race, hence we brought him here, but we felt he was good enough to come here. We will have a look and a think now. He is a fine big animal; a nice colt.”