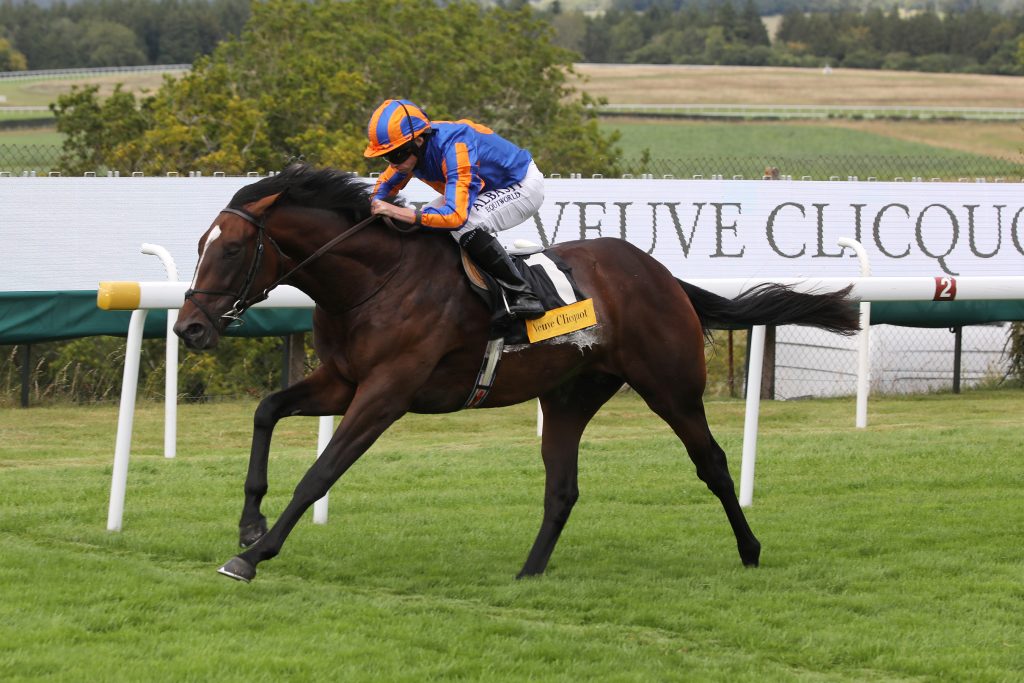 Settled in behind the leaders, Battleground was pulled to the outside to deliver his challenge two furlongs from home and took a decisive advantage to lead entering the final furlong. He never looked in any danger after that, staying on well to score by two lengths from Devious Company (Tom Dascombe/Richard Kingscote).

O’Brien, previously successful in this contest with Highland Reel (2014) and War Decree (2016), said: “This was Battleground’s first run after Ascot; we were very happy with him at home and we thought it was a lovely race for him to get experience from. The ground was lovely and safe and Ryan was very happy with him.

“We think his next run will be the [G1] National Stakes, everything being well, but he is a horse we have always loved. He is a big, powerful horse and very genuine, and that’s the way his dam [Found] was as well.

“We think he will be a miler, probably. He is a strong traveller, but he is by War Front, and being out of Found we thought he might get a mile and that is what we would be hoping for.

“Obviously all the two-year-olds got a little bit missed up with the start of the season not being there, and then we had to rush some of them to get them to Ascot. A lot of stuff wasn’t ideal, but he was lovely. It is very early for horses yet; an awful lot will come out, and some will improve, some will stand still and some will go back. But we are delighted with this horse.”

Ryan Moore, who previously won this race on War Decree (2016) said: “Battleground is a beautiful horse. He travelled very easily, picked up the second horse quite quickly and was just doing enough in front. He has plenty of speed and we will see how he develops.”